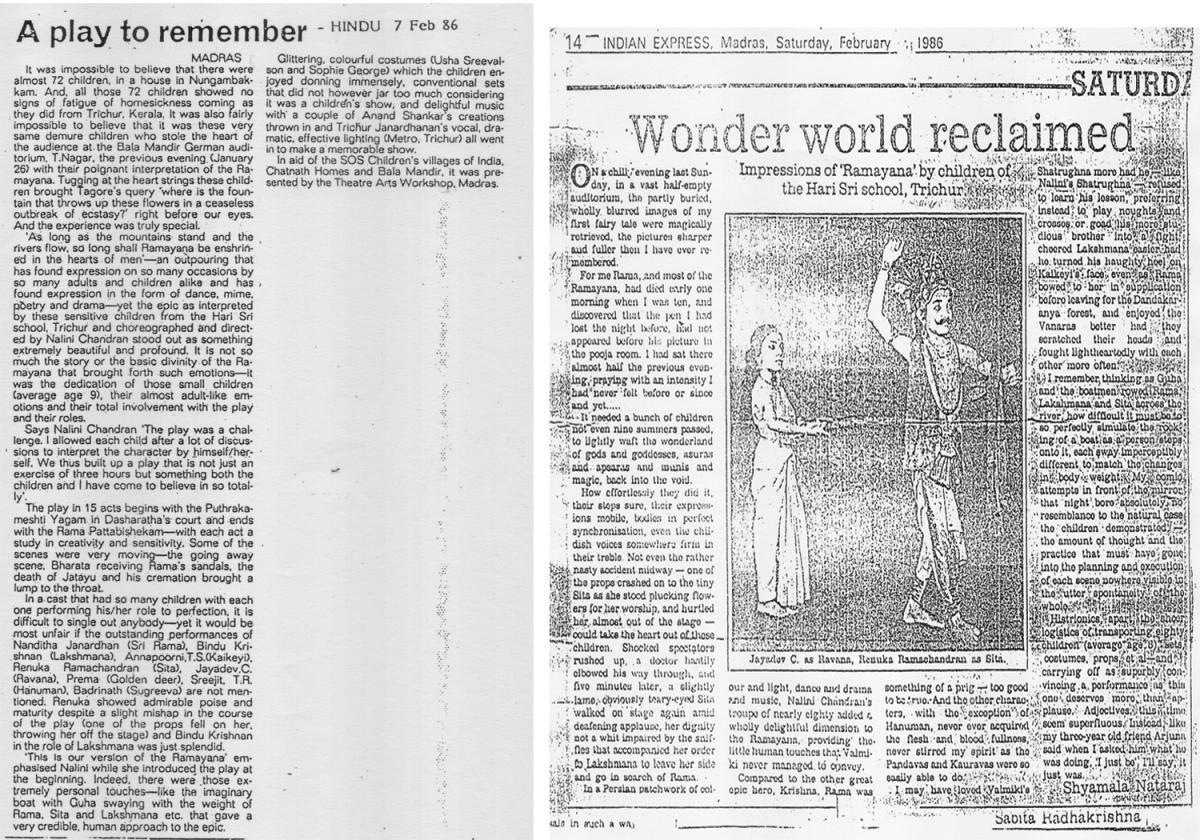 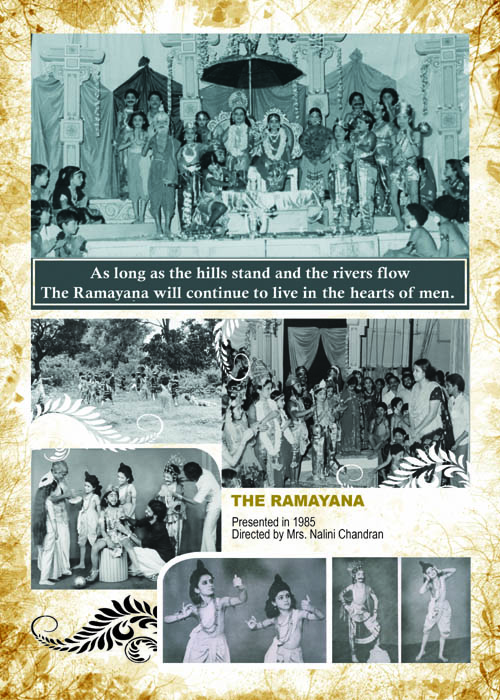 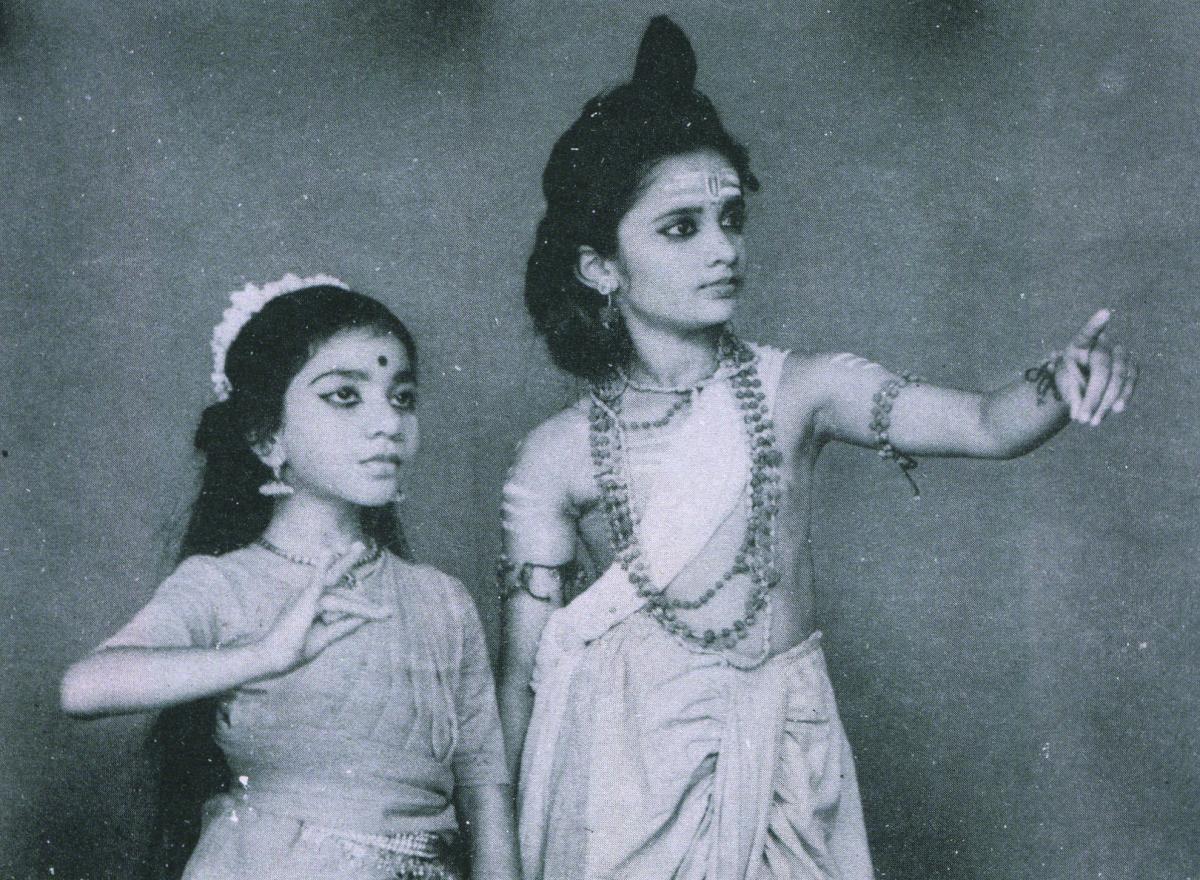 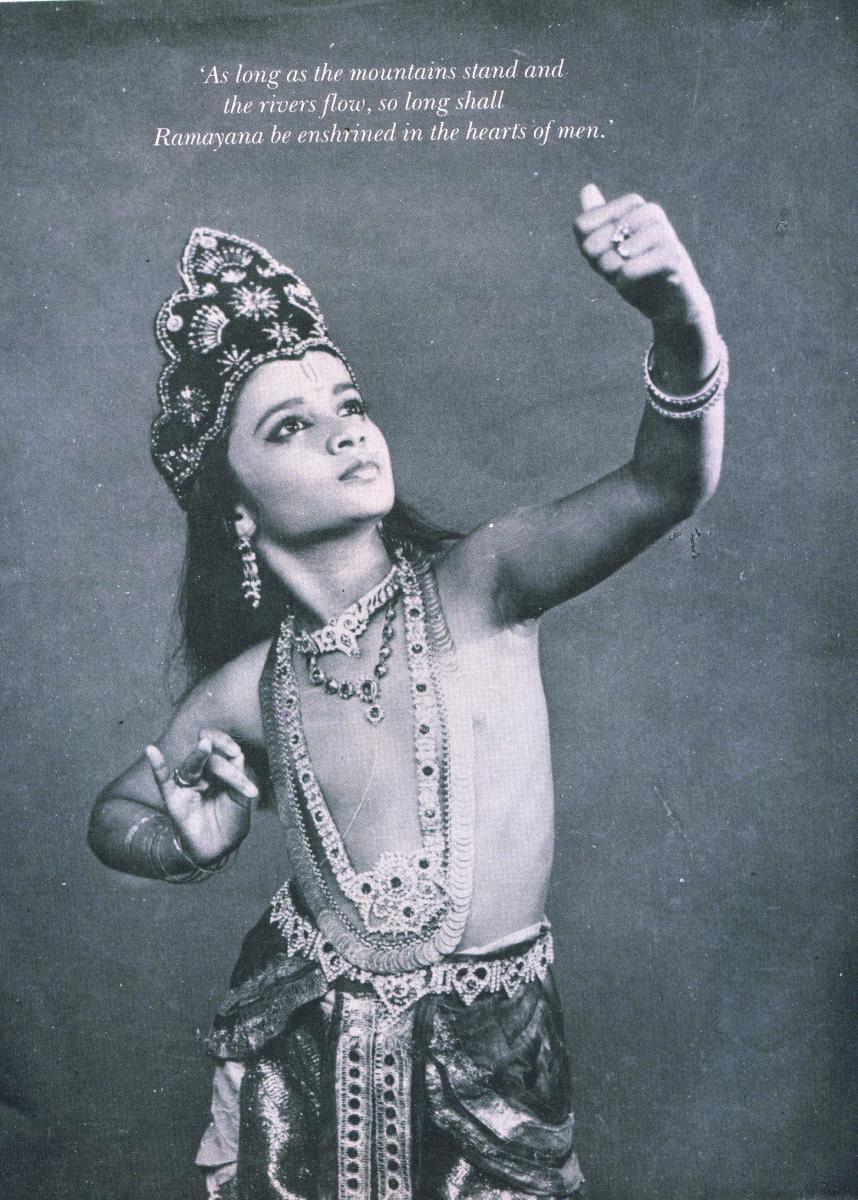 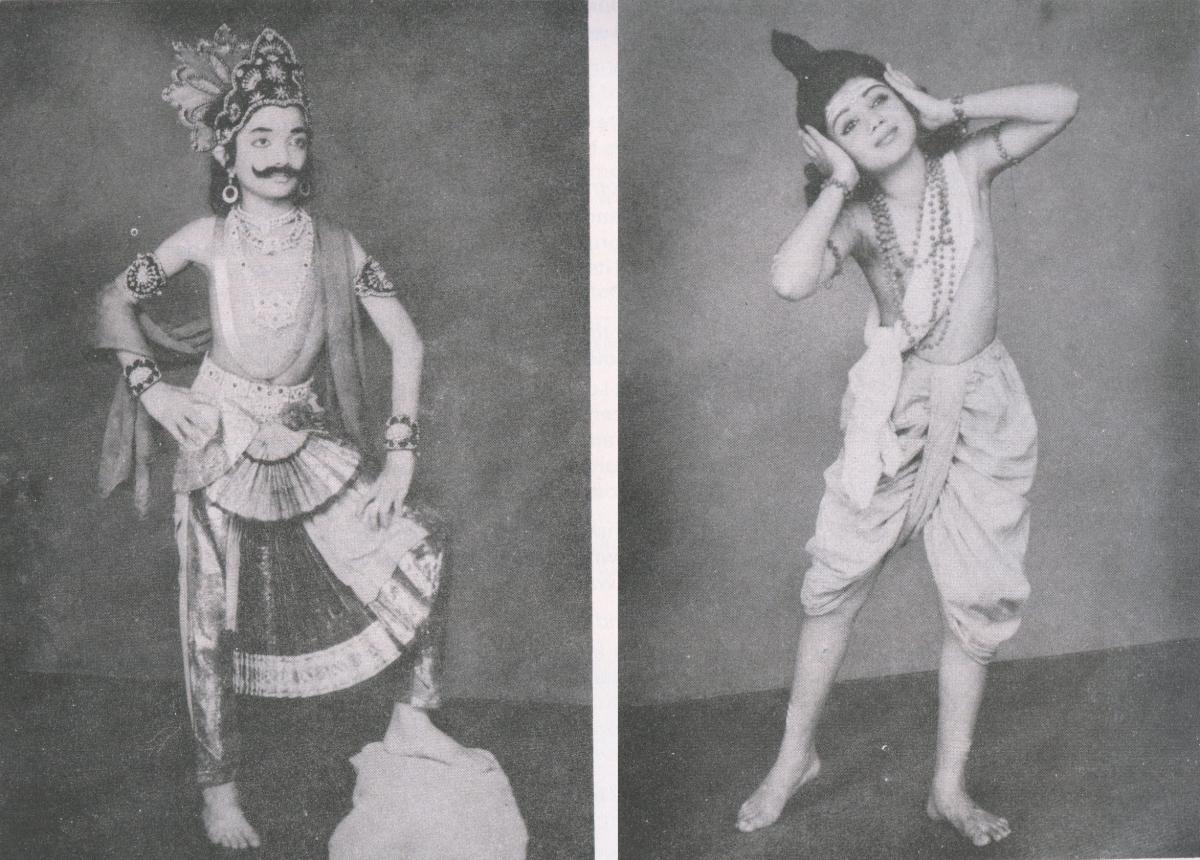 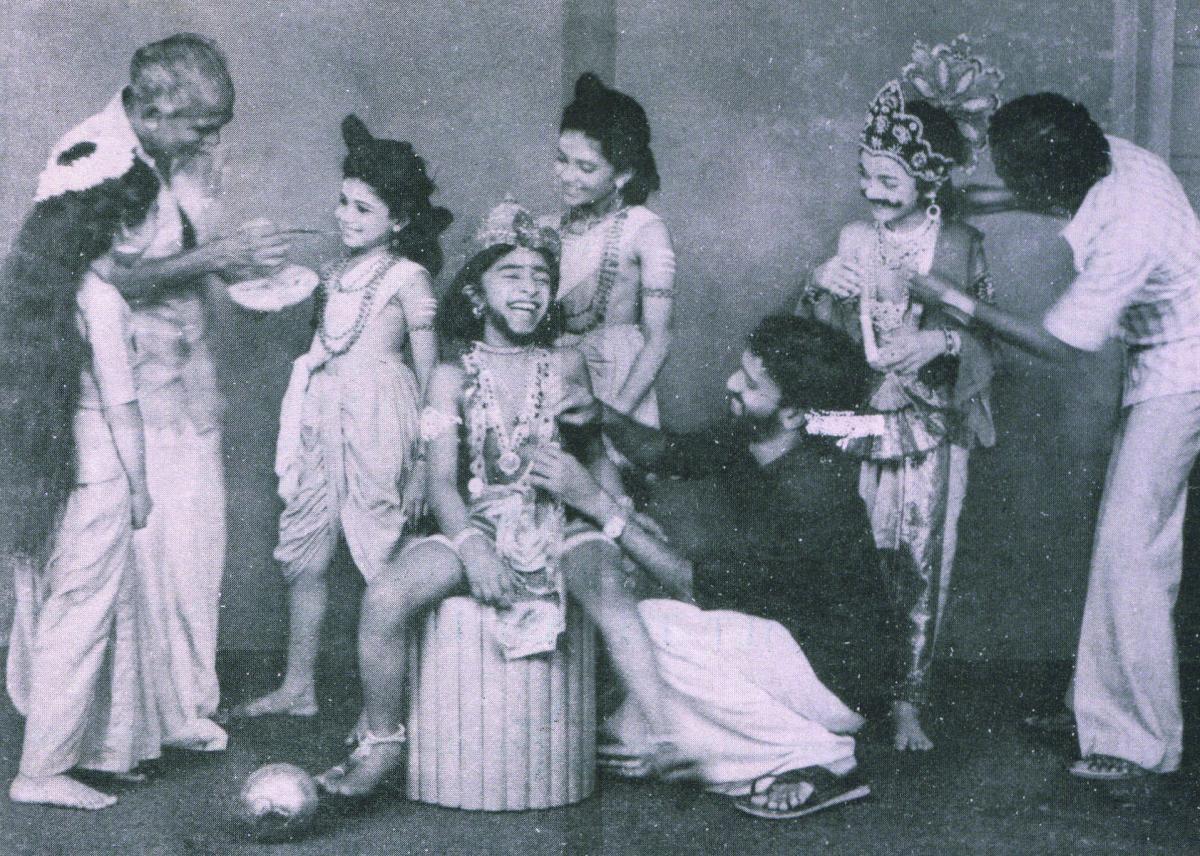 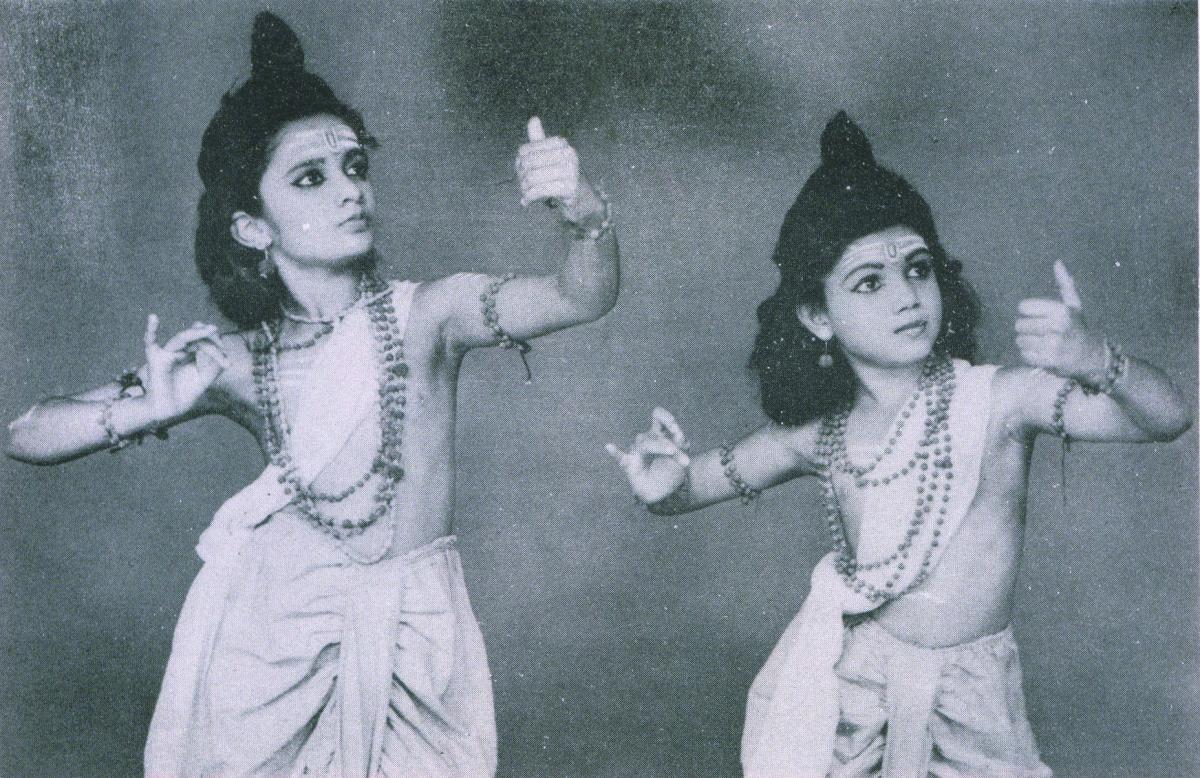 ‘The Ramayana’ directed by Nalini miss and staged by the students in connection with the sixth anniversary of the school was laudable attempt to popularize the concept of children’s theatre. It wa perhaps for the first time that an attempt was made to involve as many as 137 children in the presentation of a ballet, lasting 3 hrs. In 34 scenes starting from ‘ Puthrakameshti ’ and ending with ‘Pattabhishekam’ , all the major episodes in Ramayana were staged with combination of nrita and abhinaya.
The orchestration had the desired effect throughout and the Sanskrit slokas and the vedic chants were coordinated beautifully. The ‘Swayamvara’ was the captivating of the all the scenes presented.