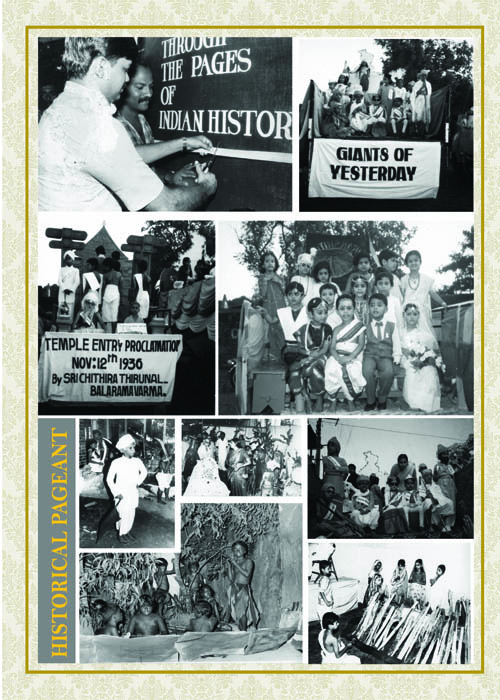 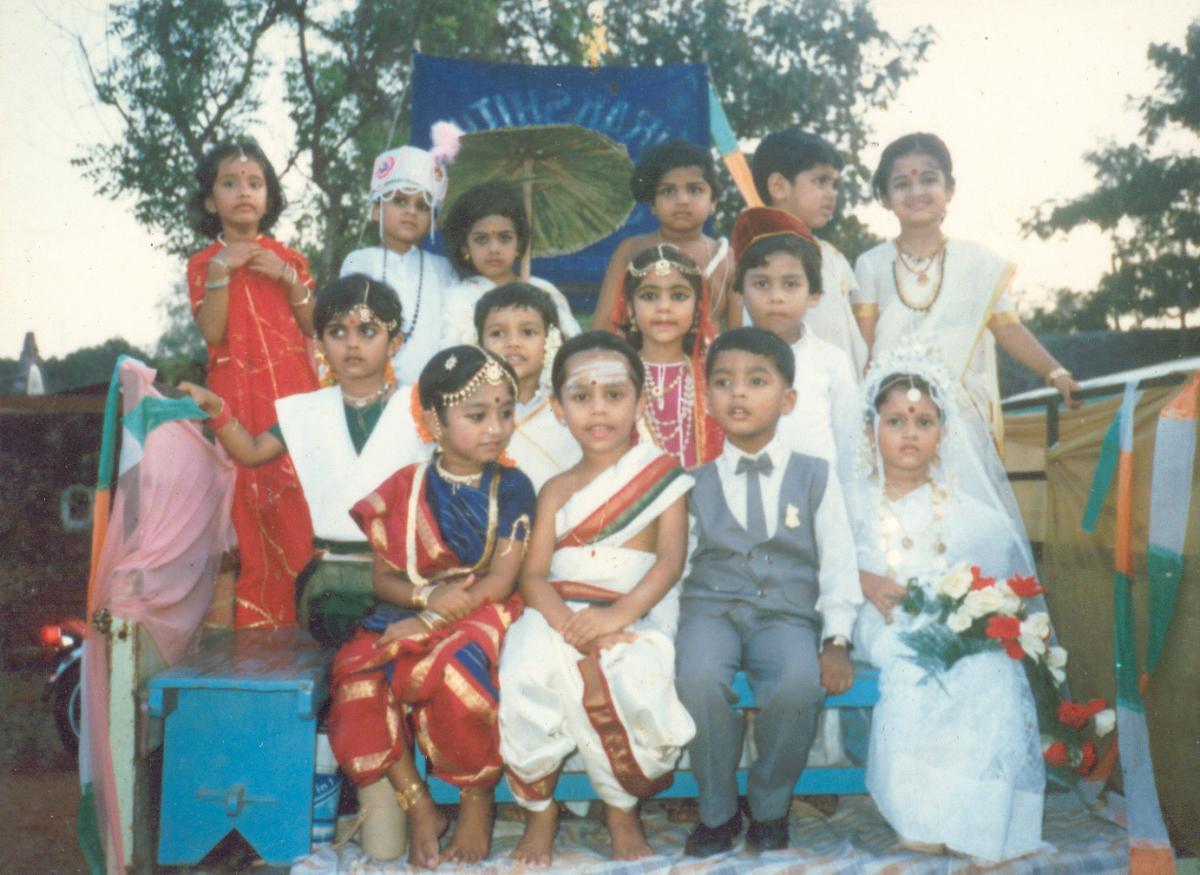 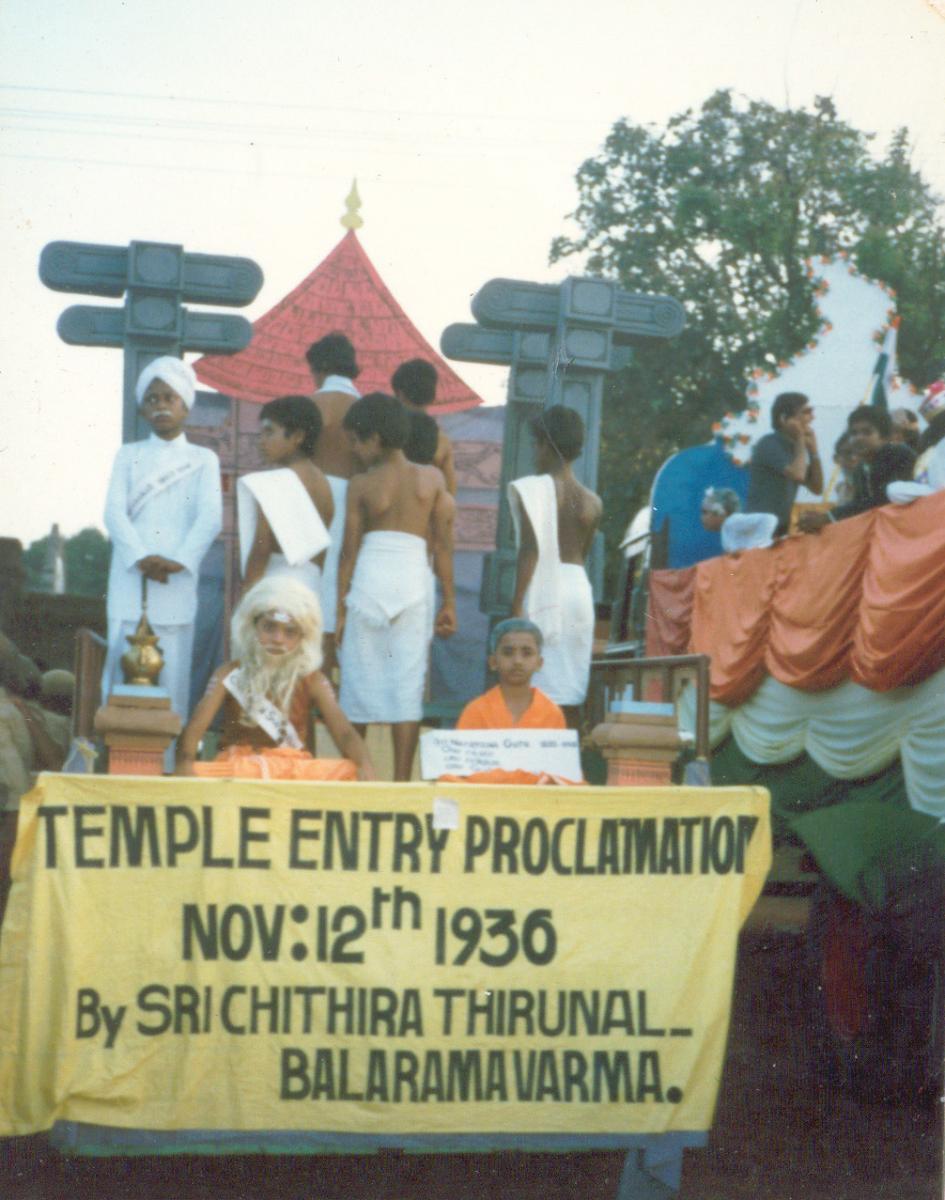 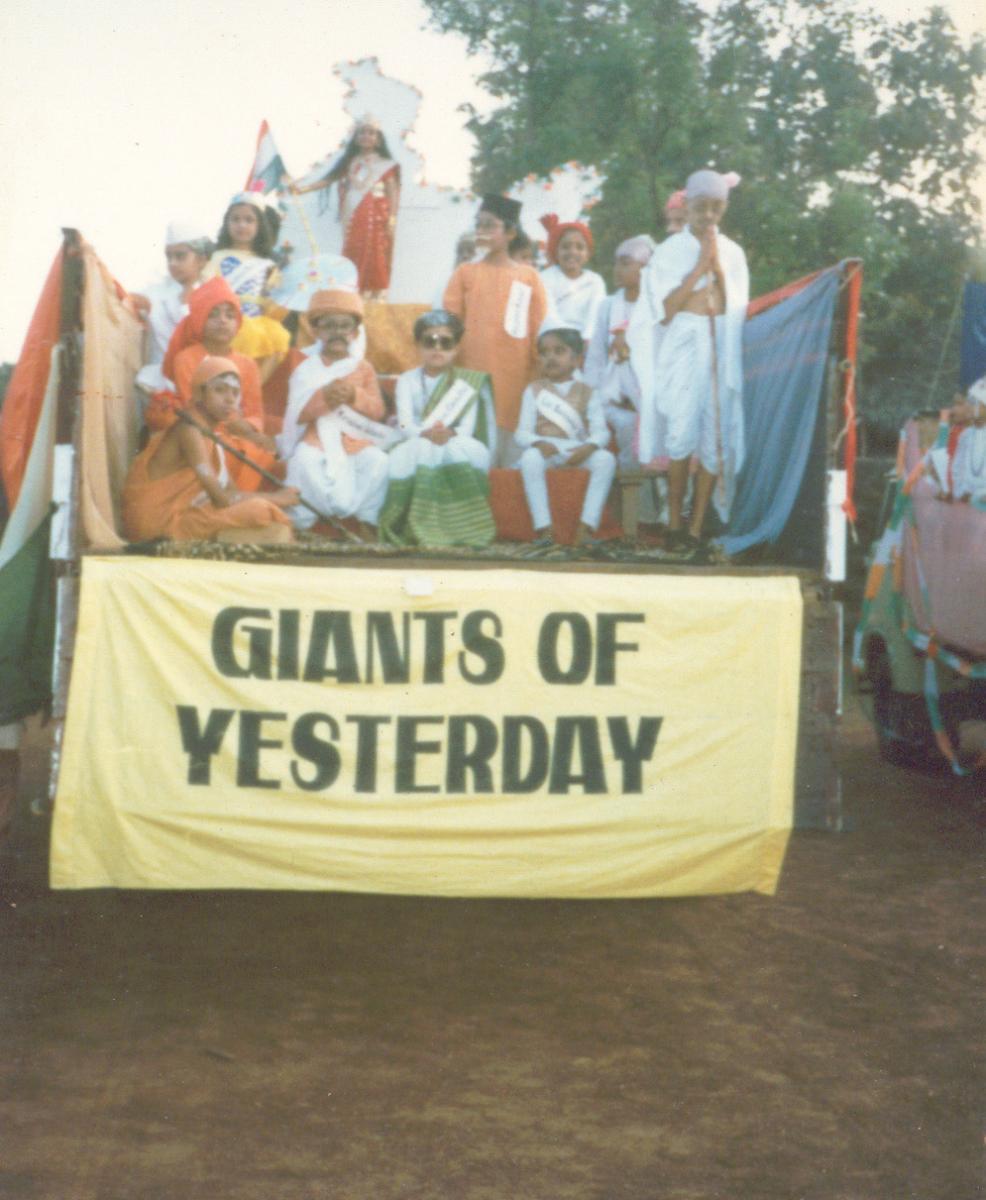 ‘ Through the pages of Indian history’ was the theme of the show presented by more than 400 students in the month of July 1987. The scenes covered important phases in Indian History like Lord Buddha in meditation, the transformation of Ashoka after the Kalinga War and Shivaji’s fight . The themes presented in chronological order included social evils like Sati and child marriage. The First War of Indian Independence , the Jalianwalla Bhagh , contributions of Gandhiji, Jawaharlal Nehru and Quit India Movement were attractively depicted. The history of Kerala was handled separately beginning with Lord Parashurama reclaiming Kerala from the sea.